Every artist should feel secure in their deal so all they have to worry about is their performance. With an attorney handling your agreement, you won't be wondering what rights you signed away or whether your compensation is fair.

"I am a manager/producer that represents writers, directors, and actors. We recently used Asa as production legal on a film I produced with one of my clients. It was really refreshing working with such a passionate and creative lawyer that was there to walk us through every talent deal and was so hands on. We were negotiating deals with top level agents and lawyers and Asa held his ground against them. I would highly recommend using him whether it's for production legal or you are looking for a lawyer to represent your career as a whole. Asa's thoughtfulness toward contracts and deal making stands out and would be a huge asset to your career or your project." 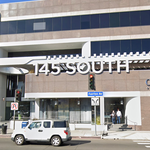